For accessibility activists, the shortage of websites and mobile apps that are ADA compliant and meet accessibility compliance standards was discouraging news.

When schools and businesses closed because of COVID-19, people went online for supplies, services, education, information, and to do their jobs.

What they found were websites and apps they could not use.

What they found were inaccessible websites and apps.

A diligent, frustrated mother of two autistic children who completed their schooling at home spoke of how her children struggled to follow their teachers’ instructions.

Trained teachers supported her children and their classmates at school.

Not only were the websites for school classes challenging to use at home, but the teachers themselves struggled with poorly designed learning sites and found themselves taking on the role of technical support.

Around the world, people were suddenly placing orders using web apps or learning how to video chat with family and friends. Businesses sent employees home to carry out their duties. Employees were unprepared for the move to working from home, and the disabled and people with special needs had to fend for themselves. The number of ADA accessibility lawsuits and complaint letters increased dramatically.

The Americans with Disabilities Act (ADA) is one of the most noticeable and one of the most intricate pieces of accessibility legislation. So let’s look closer at what an ADA-compliant website requires nowadays.

What does the ADA say about websites?

The ADA’s connection with websites has been a convoluted and frequently perplexing one. Even after multiple changes in the significantly more web-oriented era of 2008, the ADA does not expressly address online compliance. With no particular coverage under the statute, it is usually up to the courts to establish how, if at all, ADA rules apply to websites.

Title III of the ADA mandates every owner, lessor, or operator of a “place of public accommodation” to offer equal access to users who meet ADA disability standards. In 2017, about 1.66 billion people worldwide bought something online. Anyone can reasonably assume that Title III extends to websites but is a bit murky from a legal sense.

Several courts in the United States have held that commercial websites are places of public accommodation and thus subject to ADA regulations. Other cases have concluded that websites are subject to ADA regulations if there is a close “nexus” between the site and a physical location. The most well-known example is the ruling against the Winn-Dixie supermarket chain for failing to make its website accessible to users with low vision. Other courts have ruled that the ADA, as worded, provides no safeguards for online users. With no overarching federal guidelines in existence, it’s hard to say whether or not each specific website is subject to ADA accessibility rules.

To make matters worse, the United States appeared to be on the cusp of enacting more demanding accessibility standards. Federal laws planned to take effect in January 2018 would have held federal websites to WCAG 2.0 Level AA standards. These suggestions are the basis for online accessibility rules in much of Europe and many other countries across the world. The previous administration, however, removed this requirement as part of a broader push toward deregulation, leaving the ADA’s internet applications as hazy as ever.

Making your place of business fully accessible to people with disabilities is what ADA compliance entails. The Americans with Disabilities Act (ADA) became law in 1990, but it only applied to brick-and-mortar establishments. This meant that your place of business had to make accommodations for people with impairments. Since technology has advanced, this legislation also applies to your website.

What if your site isn’t ADA compliant?

The ADA Act is divided into five titles. (I) Employment, (II) State and local government, (III) public accommodations, (IV) telecommunications, and (V) miscellaneous provisions. None of these titles discuss or provide website guidelines.

Section 508 is the sole law in place (as of 10/2019) that enforces online accessibility, and it only applies to federal government websites. Having an ADA-accessible site is an “option” in the United States, but it is not a simple choice to make.

It only makes sense to have an ADA-compliant site because that is where we are going, especially since Section 508 legislation is already in place. Most claims were dismissed because if a physical store must comply, why shouldn’t a digital store? This is the analogy that was used, and it makes perfect sense.

This leads me to my next point. 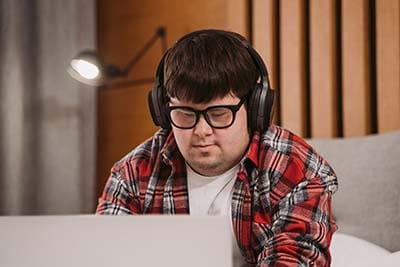 As you’ve undoubtedly guessed, the answer is “no” because it’s unclear how, or even if, ADA standards will be applied to any specific website. Nonetheless, it’s best to err on the side of caution. Many states have passed their own accessibility rules. The number of accessibility-related lawsuits lodged against websites has increased dramatically in recent years. Plaintiffs have had tremendous success in these cases than ever before. With no clearly defined regulations to obey, most businesses are unlikely to risk a court ruling in their favor.

So, how can you verify if your website is compliant if you don’t have a clear set of accessibility regulations to follow? The best accessible measure is the WCAG 2.0 Level AA criteria mentioned before. Since 1999, WCAG guidelines have served as the leading accessibility principle in the European Union and other nations. The most recent upgrade went into effect in the spring of 2018. While the WCAG is a set of recommended actions rather than enforced legislation. This is the foundation for many online accessibility laws throughout the world. It serves as a strong example for any American organization that wants to guarantee equal access to all users.

If your site is not ADA compliant already, you automatically exclude millions of prospective clients who cannot use it due to impairments. There are roughly 50 million people in the United States living with a disability, accounting for around 19% of the population. Many of them may be interested in your products or services, but once they come to your website, they will be unable to navigate easily enough to purchase anything or even contact you, just because your website is only accessible to those who do not have disabilities. As a result, they may turn their attention to your competition.

For example, if you have a video that shows the benefits of your product but no subtitles, anyone who is deaf or hard of hearing will not be able to learn about how fantastic your product is. This is also true when images don’t have alternate text. The purpose of the alternate text is to allow screen reading software to describe the image to someone who is blind. So if you don’t have alt text, some of your audience will miss out. Similarly, it is critical to ensure that your website is fully accessible without using a mouse so that persons with physical disabilities may use it.

Search algorithms are evolving to crawl pages with more human purpose than ever before. Accessibility for screen readers is a crucial component of WCAG. These readers crawl your website pages in the same way that search engines do. If your website complies with the Web Content Accessibility Guidelines, it will probably attract users, search engines, and screen readers alike, enhancing your SEO efforts. As a result, meta-tagging, alt image text, and video subtitles should be taken seriously.

3. ADA Compliance May Help Your Reputation

One reason to make your website more accessible is that an ADA-compliant site can boost your target audience by millions. Another advantage is that you will gain more clients, and those consumers will understand how important they are to your company. After all, they probably checked out a few other websites that weren’t ADA-compliant. They were probably frustrated each time they couldn’t access the content until they came to your site.

And when those new consumers tell their friends and family about your website, more people will know you took the time to make it ADA compliant. The fact that you went to such lengths to ensure that everyone is included will set you apart from the competition. As a result, making your website ADA compliant is a terrific opportunity to gain some positive press for your company.

4. You Can Avoid Penalties

Because websites were not extensively used in 1990, they were not mentioned in the original wording of the ADA. However, now that most businesses have a website, they must ensure that it is accessible to everybody. Since the ruling date has passed, all revised pages on your website must be at least grade A compliant, with grade AAA being the highest.

Dozens of well-known firms have been slapped with substantial lawsuits in recent years, even before the standards were finalized. For the lack of ADA-compliant websites, businesses such as Fordham University, Foot Locker, Brooks Brothers, and even Kylie Jenner have been sued.

There is currently a safe harbor clause in place that allows your old material to remain unchanged unless amended after January 18, 2018. The rules, however, apply to any page that has been changed since that date. So, if you want to avoid the legal fees associated with being declared non-compliant with the ADA, you should make the appropriate updates to your website right away.

If you’re not sure where to begin, the ADA’s website can help. You can also call a web design firm to find out if your website is already ADA compliant and, if not, how to make it so.

COVID-19 only reduced litigation filings in 2020 for a few months.

I’m not entirely sure about demand letters because they aren’t made public.

But I know that a cottage industry centered on digital accessibility litigation has emerged and will be around for the foreseeable future.

There has been an increase in state lawsuits, notably Unruh Act claims in California and Human Rights Law lawsuits in New York.

Even if you hear that the number of ADA website accessibility cases has decreased, this does not relate to the number of state-filed cases because the ADA is a federal claim.

The solution to minimizing the danger of litigation is simple: make your website or mobile app accessible; unfortunately, the answer is not straightforward and takes time.

And, while you are determining the action you’ll take and preparing to make your website accessible, you may be served with a demand letter or a lawsuit.

Depending on the size of the business, settlements in ADA website compliance disputes often run from $3,000 to $25,000+.

The ideal strategy is to get started as quickly as possible. Auditing and fixing your current website can take several months.

Do you want another one? Just because you’ve been sued once doesn’t guarantee you can’t be sued again (this is actually very common, and several companies have already had this happen).

What about adding a third kicker to your fantasy football lineup? The Americans with Disabilities Act is a strict liability statute, implying that there are no grounds for noncompliance.

Because of strict liability, the only saving grace is compliance, which suggests your website is currently a sitting duck.

Corporations, as well as small businesses, are targeted.

All sizes of businesses are the target of litigation, from mommy bloggers and little motels in small towns to the world’s largest corporations. So, get your website ADA-compliant and avoid impending troubles.

No comments to show.
Get 10% off when paying with Bitcoin!

Hey there! In this current economy, who doesn't want to save money? Focused Idea will give you 10% off your order when you pay with bitcoin.